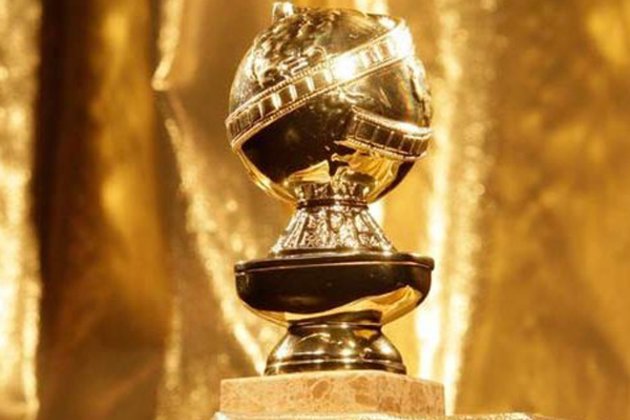 Golden Globes 2022: Here are the biggest snubs and surprises

Washington [US], January 10 (ANI): The 2022 Golden Globes ceremony was more of a pat press release since the usual long TV broadcast with an opening monologue from the likes of Ricky Gervais, followed by celeb presenters had been cancelled this year.

As per Variety, the reason for this change was a scandal that came to light last year when it was exposed how few journalists of colour are involved in the organisation, among other controversies. The 2022 Globes were not aired by any network; however, the show went on in a subdued form as a private event.

Despite the odd circumstances, the 2022 Golden Globes still had a murderer's row of heavy-hitter stars nominated, including Denzel Washington, Ben Affleck, Will Smith, Olivia Colman, Leonardo DiCaprio, Jamie Dornan and Stephen Spielberg, among others.

Here's a look back at the biggest snubs and surprises from the list of 2022 Golden Globe winners.

O Yeong-SuKorean actor O Yeong-su won the trophy for Best Supporting Actor (Television) for his role in 'Squid Game'. Although the show was an unlikely runaway hit on Netflix, O Yeong-su was up against the likes of more famous stars such as Kieran Culkin for 'Succession', Brett Goldstein for 'Ted Lasso' and Mark Duplass and Billy Crudup, both for 'The Morning Show'.

While Duplass and Crudup likely cancelled each other out, as is often the case when multiple actors get nominated from the same show, 'Ted Lasso' and 'Succession' are both critical darlings, while 'Squid Game' is trendy but new. Hence, this win was a surprise.

Jennifer Coolidge'Succession' star Sarah Snook took home the Golden Globe for Best Supporting Actress (Television) because her performance as Shiv Roy was great and the win was deserved. However, 'Succession' has gotten a Season 4, and presumably more thereafter, so she'll get plenty more chances.

On the other hand, Jennifer Coolidge turned in a barn burner of a performance in 'The White Lotus', brimming with both humor and pathos as Tanya McQuoid, a somewhat delusional daughter mourning her deceased mother at a Hawaiian resort.

That show is getting a Season 2, but she won't be in it, as it will reportedly have a new cast. So, this was her chance to win, and it's also somehow her first nomination, even though she's an industry veteran with a slew of memorable roles 'Legally Blonde', 'American Pie', etc. Ignoring her for the award category was a snub.

Kieran CulkinBoth of Culkin's 'Succession' co-stars Jeremy Strong and Sarah Snook won Globes for their respective performances as awkward Roy brother Kendall and conniving sister Shiv, but no dice for Kulkin, as the crowd-pleasing Roman.

One fan even commented on Twitter regarding 'Squid Game' actor O Yeong-Su winning the 'Supporting Actor' category: "Loved him but kieran culkin was better imo". Another fan tweeted, "this is kieran and brett [Goldstein]'s category by the way..." Culkin's show got Golden Globes love and also scored a 'Best Drama Series' win, but he ended up empty-handed.

Michaela Jae (Mj) RodriguezRodriguez won the Globe for Best Actress in a TV Drama for her role in FX's 'Pose' as house mother Blanca Rodriguez, making history as the first trans actress to win a major acting category. This was a surprise, considering the fact that she was up against Elisabeth Moss ('The Handmaid's Tale'), who seems to keep winning even though that show is beyond tired.

"Ok f-k the globes and all that. But THIS IS SOME GOOD SH-T RIGHT HERE," one ecstatic fan tweeted. Another commented, "MJ Rodriguez FINALLY gets recognized and awarded by the Golden Globes for her role in Pose and she can't even give a proper speech. I don't like dat."Andrew GarfieldGarfield won Best Actor, Motion Picture, Musical/Comedy for his performance in 'Tick, Tick... BOOM!' Although he got showered with acclaim, this win is still a surprise, since it was a crowded category.

Hee was up against Leonardo DiCaprio ('Don't Look Up'), Peter Dinklage ('Cyrano'), Cooper Hoffman ('Licorice Pizza') and Anthony Ramos ('In the Heights'). This was Garfield's third nomination but his first win.

Will SmithSmith took home the trophy for Best Actor in a Motion Picture Drama for his performance in 'King Richard' as Richard Williams, the father of tennis champions Venus and Serena Williams. Although it was Smith's sixth nod, it was his first win.

It was predicted that he'd win, but it was still not a guarantee since this was a competitive category. He was up against Benedict Cumberbatch ('The Power of the Dog'), Denzel Washington ('The Tragedy of Macbeth'), Mahershala Ali ('Swan Song') and Javier Bardem ('Being the Ricardos').

Rachel ZeglerZegler won a Golden Globe for Best Actress in a Motion Picture, Comedy or Musical for her role as Maria in 'West Side Stor'. She was the favorite to win, but since it's her debut role, it was far from a lock.

She was up against a slew of more established stars, including Hollywood favorites Jennifer Lawrence ('Don't Look Up'), Emma Stone ('Cruella') and Marion Cotillard (Annette'), along with Alana Haim ('Licorice Pizza').

BeyonceBeyonce lost to Billie Eilish and that in itself was a snub. For Best Song in a Motion Picture, Eilish's 'No Time to Die' from the James Bond movie of the same title won. Beyonce was nominated for her song 'Be Alive' from 'King Richard'.

"Beyonce was f-king ROBBED," one fan tweeted. "I love b/e but this is literally one of the greatest Beyonce songs EVER," another said.

Nicole KidmanKidman won the Best Actress in a Motion Picture, Drama category, for her portrayal of Lucille Ball in 'Being the Ricardos.' This is a huge upset since nobody expected her to win. She was up against Jessica Chastain ('The Eyes of Tammy Faye'), Olivia Colman ('The Lost Daughter'), Lady Gaga ('House of Gucci') and Kristen Stewart ('Spencer'). Stewart was the favorite to win, with Gaga and Colman both considered possible upsets.

Kidman wasn't even considered a possibility, especially since there was backlash to her casting. "Nicole Kidman has won 5 times before. I'm sure she'll be nominated again in future because she produces great work. Kristen Stewart floored in Spencer. She was robbed here..." one fan tweeted.

The nominations for the 79th Golden Globes were announced on December 13, 2021. (ANI) 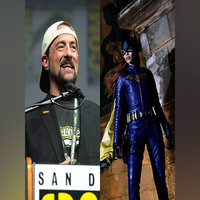 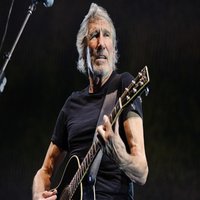 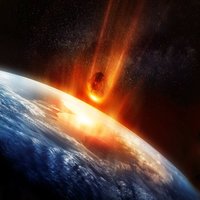 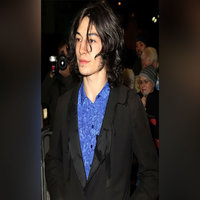